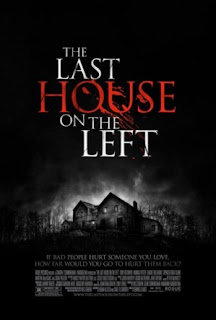 Another episode in the battle of the “remakes vs. original” debate. This time with the Last House on the Left Remake. For once I’m going to say the remake takes out the fight for the better film! I didn’t mind the 1972 original (directed by Wes Craven) but it lacked the serious impact this this remake has. In this revisited version of events the violence is much more graphic.  I feel it properly conveys the violence and sadism of the group of pot smoking “hippies” that abduct and torment the poor girls and leave them for dead. This of course nothing against the original as I enjoyed that one thoroughly too.

The action is shot quite well in all its full, glorious, digital technology. I usually prefer the old school method but in this film the new technology really served it well.  Maybe I felt this film to be a win is because it didn’t take on a champion of the horror genre. Either way its good to see the remake come up on top for once. Upon further research I discovered that Wes Cravens studio produced this movie as well. I guess if he had a hand in the making of the film you know he’d want to do justice to his own film.

Onto the film itself. LHOTL  follows more or less a similar plot line to the original. This time the girls get accosted at a gas station in a rural town rather than a big city movie theatre. They still succumb to the temptations of the “devils lettuce” and smokes some … wait for it… POT with some boys they really shouldn’t be hanging around. This leads them to being tortured, raped and humiliated by their new found male friends. One of the girls eventually making it back to her parents house for refuge. this of course starts a revenge war on the young males by the parents of the surviving teen.

Overall I loved The Last House on the Left Remake and found it to be a very enjoyable watch worthy of any discerning horror fan. I’d recommend this one for sure!

Also be sure to check out our review on the original Last House on the Left .

For more great horror reviews be sure to check out https://www.gorenography.com .