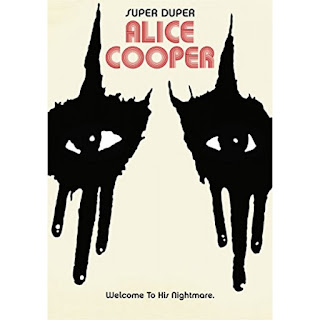 There is of course the usual commentary on how the band came about, as well as the obligatory tales of rock and roll excess. Despite the rock and roll horrors and excesses the story telling in this DVD is almost magic. Magic in both a personal way and in the way it has been edited together combining old footage and photos. Kind of like a motion collage. The photo’s and video have been combined to make it visually appealing for a generation used to much more complex CGI and big explosions. I guess this takes inspiration from Alices’ love of art as well as music. Combined these forces create a captivating viewing experience quite unlike any rock doco I’ve ever seen before.

I am of course a fan of Alice Cooper. I’d like to think Super Duper Alice Cooper would translate well beyond the fans of the band though. I think it would be interesting to anyone with an interest in the 60’s or rock and roll in general and how it mutated in to heavy metal. I wholeheartedly recommend.