Well its been a while since I last watched The Last House on the Left (almost 3 years). I thought I’d give it another run and see how this one held up on another watch. I’m glad I gave this one another run. 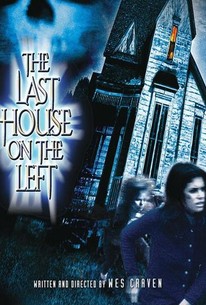 Since that first viewing I also managed to catch the remake of this one. I have to say I liked the remake better as it had a more modern style. This version seemed more confronting than the version I originally saw (I must have seen a censored version originally) So it definitely won back a few points there!

This is the directorial debut from the mastermind that brought you “The Nightmare on Elm St” series, Wes Craven.  It follows the story of two innocent young girls, Mari and Phyliss who go into the city to watch the rock band Bloodlust on Mari’s 17th birthday and decide to score some pot (Not even once, kiddies hahah). Instead the pair get involved with some creepy drug addicted sleaze balls. The pair have recently escaped from prison where they were serving time for the violent murders of a priest and a couple of nuns. The girls are then (presumably) raped and drugged in their groups flat and dragged out to the surrounding countryside, where the gang continue to torment and assault the pair.

The major part of The Last House on the Left follows their attempts to escape from here on in.  Obviously I can’t say too much more than that without spoiling the movie. Rest Assured there’s some cool twists and turns in the plot. It’s not just the ‘paint by numbers’ teen escape / horror movie that many films end up falling into. For that reason alone it does have a lot of merit.

THE VERDICT ON LAST HOUSE ON THE LEFT

Some regard this film as a classic. I have to say on first viewing I wouldn’t have gone that far, but on second viewing I found I got a lot deeper into the characters and the true impact of this film really hit me. It’s definitely a worthy addition to any horror fans collection.

The film has a gritty sense of realism about it.  Wes Craven does succeed in building an atmosphere which is repulsive in regards to the sex crimes involved. An atmosphere like a car crash that you can’t look away from. Whilst not as gory as the remake once you start watching this one its a hard one to get away from. I would imagine this would have bene fairly extreme for the time as in many countries the film had to be modified and in others it was even banned.

Be sure to check out our review on the Last House On the Left Remake.

For more great horror movie reviews be sure to check out https://www.gorenography.com .