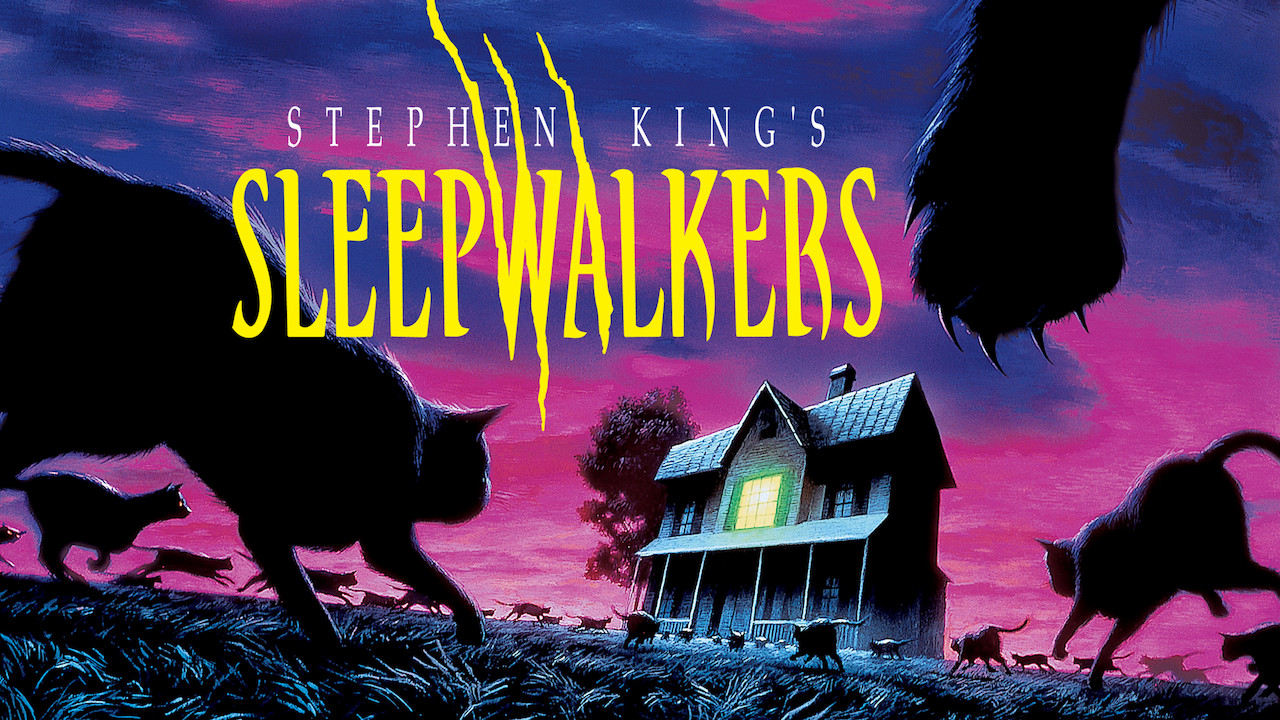 Sleepwalkers is yet another Stephen King story put to film. I’ve not seen a bad one yet, so was quite excited to throw this one on!

The film opens up on Charles Brady who has what looks like an obesessive crush on his class mate, Tanya. Charles also seems to be carrying on an affair with his (Rather hot) mother. Charles and his mother Mary are also sleepwalkers, vampiric creatures who feed on the energy of virginal women. Anyway he gets talking to said girl and a romance soon develops

Charles is new to the country town, and his teacher finds out his past certificates are faked and challenges Charles about it. Charles of course kills him and the murderous streak starts again in the sleepwalkers new town. The curiosity of the local constabularly is soon raised. Meanwhile pressure starts to build at home as Charles vampire mother is starving for human energy and in danger of dying.

Charles gets some alone time with Tanya at the cemetary and things seem to be looking good until charles tries to drain her energy. Tanya realises she is no the prey of something rather sinister. Can she survive? Can the local police figure out whats happening within their town. I guess you guys have to watch the film to find out!

I found this movie to be quite compelling watching and the performances and production were all pretty cool. Over all this was pretty cool, and I’d give it a recommendation to anyone that likes horror movies. There is some level of gore in this this but nothing that most of you guys couldn’t handle!

About the Author: admin

PAGES ON THIS SITE:

MOVIE QUOTE OF THE WEEK: